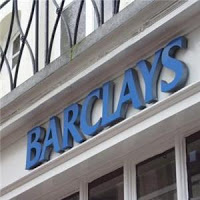 If a $4 million deal is approved on Wednesday, the nexus of subway stops at Atlantic Avenue, Pacific Street and Flatbush Avenue in Downtown Brooklyn will add an additional name to its already lengthy title: Barclays. This may seem odd, since Barclays is a bank based in London with offices in Manhattan, and the only Barclay Street on the city map is not even in Brooklyn. (It’s in Manhattan, in the financial district.) There will, however, soon be a Barclays Center, the sports arena planned as the focal point of the Atlantic Yards project, and the developer, Forest City Ratner, has agreed to pay the transportation authority $200,000 a year for the next 20 years to rename one of the oldest and busiest stations in the borough.

I could possibly see selling the 59th & Lex station to Bloomingdales, since the station opens right into the store. But where does this end? Burger King Presents Times Square? One of the officials behind the Barclays sale says that considering the current fiscal condition of the MTA, he wouldn’t object to Taco Bell’s Grand Army Plaza. Yuck.