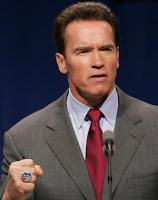 As California reels deeper into its worst financial crisis in history, Gov. Schwarzenegger has proposed slashing a total of $80M from the state’s HIV/AIDS budget. His proposal includes deep cuts in ADAP funding – money that provides life-saving medication to the insurance-less HIV positive. The ramifications of this move extend beyond the state budget as massive federal matching dollars would then also be lost.

The state currently gets $88 million in matching ADAP federal funds; however, in order to receive these matching funds, California must meet a “maintenance of effort” requirement, and by cutting all state ADAP funding, the state fails this requirement and will lose out on the $88 million in matching federal dollars. The state’s elimination of all ADAP funding will also mean a loss in rebates from drug manufacturers who sell AIDS drugs to the state. These rebates add millions of dollars to a special ADAP fund. This rebate fund has had as much as $233 million in at one point, money which also goes toward AIDS services. If the state halts all drug purchases for ADAP, this additional funding stream for AIDS treatment, care and services also dries up, say sources. The state’s action will trigger a huge across the board loss of funding—a significant portion of which isn’t even state money—for the care of some of its most vulnerable citizens living with HIV/AIDS.

Join ACT UP and other concerned Californians for a protest this Friday at 5pm at Los Angeles’ Hollywood Forever Cemetery – a fitting location considering where some pozzers will quickly end up if this budget cut is approved. Another protest is scheduled for Sacramento on June 10th.

Dr. Judy Auerbach of the San Francisco AIDS Foundation: “Funding for all aids programs up and down the state will be cut, pretty much eliminated, and that’s got all of us very worried.”