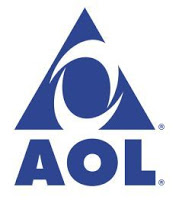 Almost a decade after the most famously failed merger in history, Time Warner is finally casting off AOL.

The divorce, announced Thursday, will spin out AOL as a separate Internet company run by former Google Inc. advertising executive Tim Armstrong. He was hired in March to try to restore the luster to a brand once known as America Online. Time Warner owns 95 percent of AOL and will buy out Google Inc.’s 5 percent stake during the third quarter. From there, AOL will be spun off into a separate publicly traded company around the end of the year.