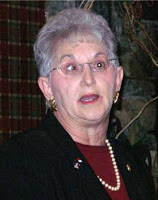 After standing on the floor of Congress and calling the use of Matthew Shepard’s death to advance the hate crimes bill a “hoax”, Rep. Virginia Foxx (R-NC) has sent a letter of apology to Judy Shepard, who was in the gallery during the speech.

The Matthew Shepard Foundation acknowledges receipt of the letter, but declined to discuss its contents, saying they prefer to focus on the task of getting the bill passed in the Senate. Foxx has not yet said if she now considers the murder of Matthew Shepard to have in fact been a hate crime.

Previous Rumors
Next PETA By The Numbers