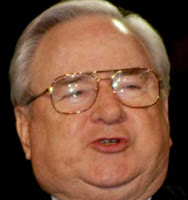 “Liberty” University Bans Democrats Because They May Support Dirty Homos

Liberty University, the Christian college founded by Dead Jerry Falwell, has told the school’s Democratic Club that they must disband. Here’s what they told the student Dems in an email:

The Democratic Party Platform is contrary to the mission of LU and to Christian doctrine (supports abortion, federal funding of abortion, advocates repeal of the federal Defense of Marriage Act, promotes the “LGBT” agenda, Hate Crimes, which include sexual orientation and gender identity, socialism, etc). The candidates this club supports uphold the Platform and implement it. The candidates supported are directly contrary to the mission of LU. By using LU or Liberty University and Democrat in the name, the two are associated and the goals of both run in opposite directions. We are removing the club from the Liberty website and you will need to cease using Liberty University’s name, including any logo, seal or mark of Liberty University. They are not to be used in any of your publications, electronic or internet, including but not limited to, any website, Facebook, Twitter or any other such publication.