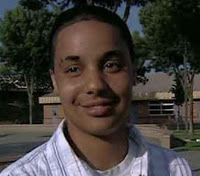 ACLU Wins Another One: CA Student Gets $25K For Anti-Gay Harassment A 16 year-old California lesbian has won a $25K settlement from her school district after the ACLU threatened a lawsuit for the way she was harassed by teachers and school employees.

The agreement between the Vallejo City Unified School District and the American Civil Liberties Union was reached without litigation, said ACLU attorney Elizabeth Gill. In agreeing to the settlement, the district is not admitting liability, Gill and district Superintendent Mary Bull said. The student, Rochelle Hamilton, now 16, was a sophomore at Jesse Bethel High School in the fall of 2007, when teachers allegedly verbally harassed her and forced her to attend a counseling session for gay students. Gill said the counselor tried to discourage Hamilton and other students in the session from being gay.

The alleged harassment included a staff member telling Hamilton she was “ungodly” and “going to hell” as she embraced her then-girlfriend. The alleged comments transformed the “social butterfly” into a teenager on the verge of suicide, Hamilton’s mother Cheri said Monday. Rochelle Hamilton, who came out as a lesbian when she was 13, said Monday she became depressed because of daily negative comments from teachers and staff about her sexual orientation and her appearance. Her standard dress is stereotypically male, with baggy jeans. The teen said a teacher held a girls’ locker room door closed and would not let her in, but then let in other girls who had on more stereotypically feminine attire.

As part of the settlement the school district has agreed to rewrite its anti-discrimination policies.