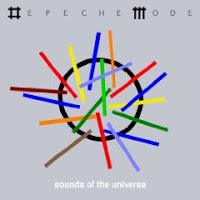 As one of the most influential bands of the post-punk era with global sales in excess of 100 million, Depeche Mode belongs to a select premiere league of super groups who have survived from the early 1980s with their ideals, creative vision and core members intact. Depeche Mode – Martin Gore, Dave Gahan and Andy ‘Fletch’ Fletcher – continue to win critical and commercial acclaim across the world both in the studio and on the road. All of the band’s 11 studio albums have reached the Top Ten in not only the UK and USA but 20 plus countries around the world including Canada, Germany, France, Italy, Spain, Sweden, Denmark, Switzerland, and Belgium. The band are set to release their long-anticipated new studio album, Sounds Of The Universe on April 21, 2009 (Mute/Capitol/Virgin), which features the new single “Wrong.” A true global touring powerhouse, Depeche Mode’s live shows continue to be a must-see attraction, with the group playing to 2.8 million people across 31 countries on their last tour alone. Depeche Mode will be play 33 stadium shows in Europe before the North American leg of their “Tour of the Universe” kicks off on July 24th in Toronto at the Molson Amphitheater.

We have five copies of Sounds Of The Universe to give away. Enter to win your copy by commenting on this post. Only enter once and please remember to leave your email address in the text of your comment. Entries close at midnight on Wednesday, west coast time. Publicists: If you’d like to take part in Swag Tuesday on JMG, please email me.