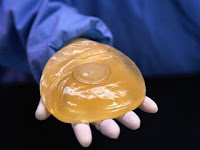 Now that Carrie Prejean has officially signed on with NOM, the Miss California pageant is taking the gloves off.

Shanna Moakler, Co-Executive Director of the Miss California Organization, has confirmed the group behind the pageant paid for Miss California Carrie Prejean’s breast implants, weeks before she competed in Miss USA. In a new interview with Access Hollywood’s Billy Bush, Shanna confirmed the news. “Did you guys pay for it?” Billy asked Shanna directly. “Yes,” Shanna said. “We did.” The organization paid for Carrie’s breast enhancement prior to her competing in the Miss USA pageant, which was held in Las Vegas, almost two weeks ago.

Pageant officials say Prejean has been avoiding them and they are considering stripping her of her title.

(Via Wayne @ World Of Wonder)