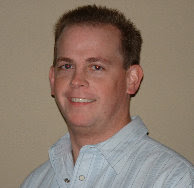 If you thought the Log Cabin Republicans were too progressive, now there’s an even wing-ier group for gay conservatives. Via Bruce Carroll at Gay Patriot:

I am thrilled to help announce the birth of a new national gay conservative organization, GOProud. As long-time readers know I have been very critical of the national Log Cabin Republicans for many years. Their left-of-center positions on important issues have bothered me as LCR has continually sucked the teet of the Gay Leftist agenda. LCR’s silence and unwillingness to stand up and be vocal on true gay conservative issues (outing of Republican staffers, increasing threat of gays being selectively aborted, peril gays face by Islamic extremists) has been mind-boggling. And LCR’s continued obsession in trashing Republicans, yet letting Democrats get a pass on their gay-related hypocrisies, has been infruriating. Many of you, friends and critics alike, have told me if I wasn’t happy with LCR to do something about it. I have tried shining light on the organization from GayPatriot.org. But many of us felt more had to be done. So I’m proud to announce my involvement as a board member of this new organization. Many more details will follow and I will be sure to let you know how to get involved. For now, please go to GOProud.org and sign up.

A dissident faction of gay conservatives is launching a rival group to the traditional voice of gay Republicans: the Log Cabin Republicans. GOPROUD, the new 527 group, will launch next week, according to a media advisory. The contact given for the group is Christopher Barron, a former Log Cabin political director who broke with the group. “Essentially, there’s no voice for gay Republicans or gay conservatives in particular in D.C. right now. Log Cabin has been completely and totally absent here in D.C. for months and months,” Barron said. “It has simply moved way too far to the left and is basically indistinguishable from any other gay left organization.”

It’s easy to dismiss these guys as a tiny, inconsequential group of self-hating loons, but expect them to become a favorite go-to whenever wingnuts are looking for cracks on LGBT issues. “Aha! See! Even GOProud is against hate crimes protections for you people!” Check out Gay Patriot’s post from Friday: “Gay Rights Laws Limit Our Freedom.”