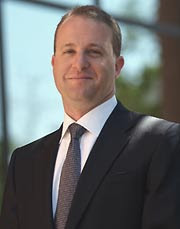 “The United States should not tolerate human rights violations of any kind, especially by a government that Americans spend billions of taxpayer dollars each year supporting. Hopefully my trip and letters to US and Iraqi officials will help bring international attention and investigation to this terrible situation and bring an end to any such offenses.

“We will now wait and see whether the Iraqi government is serious about protecting the human rights of all Iraqis and what role our own State Department has to play in helping to protect this minority in Iraq. I am most disturbed by allegations that the Iraqi government itself may be involved in the persecutions. This warrants an immediate investigation from both American and Iraqi governments.” – Openly gay U.S. Rep. Jared Polis (D-CO), writing from Baghdad where he has registered formal complaints over the numerous gay men murdered in Iraq by their families and possibly, the government. Polis’ letter to State Department demanding an investigation is here. (PDF)

My admiration for Polis just went through the roof.