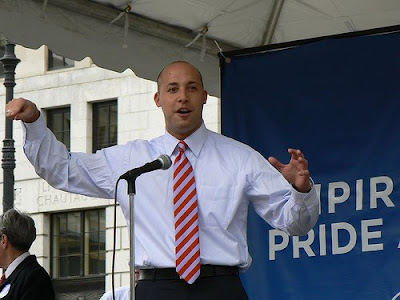 “We hope that our State Senate in New York will now look at three of the states that surround New York—Massachusetts, Connecticut and now Vermont—and realize that we are falling behind. Governor Paterson, Senator Schumer and Senator Gillibrand, every statewide official, the New York State Assembly, and a majority of New Yorkers already support passing a bill that would provide same-sex couples with the 1,324 rights and protections that come with a New York State marriage license.

“Despite the prevailing wisdom that Albany is hopelessly dysfunctional, we have—time and time again over the years—proved that we can break through the gridlock and pass legislation providing equality for our community when most people thought it couldn’t be done. We are working daily with Democrats and Republicans in the State Senate and grassroots organizations across the state to make sure that we have the votes to pass a marriage bill this year. Patience is not always a virtue—our families cannot wait any longer.” – Alan Van Capelle, executive director of Empire State Pride Agenda.