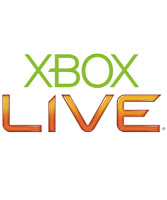 Microsoft has agreed to pay a UK-based Xbox developer £45,000 for the anti-gay harassment he endured on the job.

According to the designer, who worked on the firm’s Xbox games at the Lionhead Studios in Guildford, he was called “fag boy Jim” by colleagues, who sent mocking emails making fun of his sexuality. He alleged that the company’s human resources department “blatantly disregarded” his complaints. The two parties reached a settlement agreement at an employment tribunal held this week in south London. A confidentiality clause means the terms of the settlement cannot be disclosed. A Microsoft spokesman said: “We are pleased to have reached an amicable resolution to this matter with Mr. Durrant. The terms of the settlement are confidential, but we can confirm that Mr. Durrant will not continue his employment at Lionhead as part of the agreement.

Microsoft has a 100% rating on the HRC’s Corporate Equality Index and has endorsed ENDA.