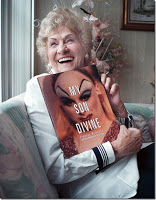 Frances Milstead, the mother of drag legend Divine, died two weeks ago in Fort Lauderdale at the age of 88. Although she was estranged from her son at the beginning of his drag fame, upon learning of his new career Frances became Divine’s biggest fan – attending his movie premieres and penning the 2001 memoir My Son Divine. Up until her death, Frances had been a icon in South Florida’s gay community. Her MySpace page, which chronicles her love for her son and her health battles, is still up.

Previous North Dakota: It’s OK To Discriminate
Next SNL: The Fast & The Bi-Curious