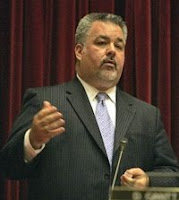 The bill was recently amended to cover the broadest categories of students who face harassment and discrimination in our state’s schools. While the amendment explicitly added weight, it also clarified that protections should not be limited to the categories listed — actual or perceived race, color, weight, national origin, ethnic group, religion, disability, sexual orientation, gender, or sex. The Dignity For All Students Act would afford all persons in public schools an environment free of harassment and discrimination based on actual or perceived race, national origin, ethnic group, religion, disability, sexual orientation, weight, gender, or sex. The bill has been endorsed by Governor Paterson and has yet to be taken up by the Senate.

O’Donnell has called on the state Senate to pass the bill immediately. Only five of O’Donnell’s colleagues in the Assembly voted against his bill.