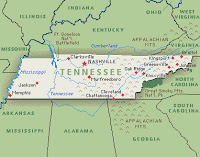 The ACLU is demanding that Tennessee’s public schools stop blocking students from researching LGBT issues on the internet. According to the ACLU, filters at schools currently block the term “LGBT” but allow access to “ex-gay” websites. Many noted LGBT activist groups are currently blocked to students, including HRC, PFLAG, GLSEN, and GLAAD. Via press release:

In its letter, the ACLU gives the districts and the Tennessee Schools Cooperative until April 29 to come up with a plan to restore access to the LGBT sites or any other category that blocks non-sexual websites advocating the fair treatment of LGBT people by the beginning of the 2009-2010 school year. If that deadline is not met, the ACLU will file a lawsuit. “Students at Knox County and Metro Nashville schools are being denied access to content that is protected speech under the First Amendment as well as the Tennessee state constitution,” said Tricia Herzfeld, Staff Attorney with the ACLU of Tennessee. “This kind of censorship does nothing but hurt students, whether they’re being harassed at school and want to know about their legal rights or are just trying to finish an assignment for a class.”