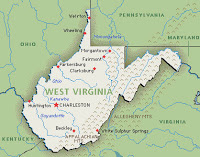 For this year at least, West Virginia will not become the 31st state to outlaw same-sex marriage.

The possibility of a constitutional ban on same-sex marriage in West Virginia is over for this legislative session. On Monday, Republicans in the House of Delegates tried to advance a bipartisan resolution that would define marriage in the state constitution, but the Democratic majority blocked their attempts. The “Marriage Protection Amendment” resolution (HJR5) introduced last month calls for a statewide referendum on whether to amend the constitution to define marriage as between one man and one woman. The measure has been stuck in the House Constitutional Revision Committee. On Monday, House Minority Leader Tim Armstead tried bring the resolution to the floor for a vote by moving to discharge it from committee.