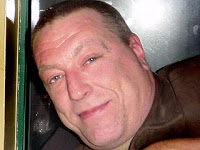 Using the murdered gay newsman’s email history, the NYPD has easily found the killer of George Weber, a 16 year-old he met on Craigslist. The killer has confessed.

A 16-year-old confessed to stabbing WABC newsman George Weber during a drugged-up date with the older man, police sources said Wednesday. The emotionally disturbed teenager was arrested early Wednesday morning after he admitted to cops that he had answered an ad Weber placed on the Internet looking for a partner in rough sex, police and law enforcements sources said. “He saw the victim’s ad looking for violent sex and said “I can smother somebody for $60″ but it got out of hand,” a source said. The teen admitted he stabbed Weber, but couldn’t remember how many times because he “blanked out” during the violent, drug-fuelled assault. The teen was in custody this morning at Brooklyn’s 76th Precinct. Cops found the suspect by combing through Weber’s e-mail and Web browser history and tracking calls he made from his cell phone, sources said.

A memorial service for Weber is being planned.