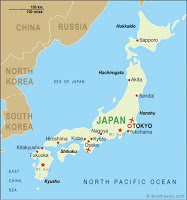 Japan To Allow Citizens To Gay-Marry Foreigners In Other Countries An excellent step forward for Japan!

Japan has given the green light for its nationals to marry same-sex foreign partners in countries where gay marriage is legal, a justice ministry official said Friday. Japan does not allow same-sex marriages at home and has so far also refused to issue a key document required for citizens to wed overseas if the applicant’s intended spouse was of the same gender. Under the change, the justice ministry has told local authorities to issue the key certificate — which states a person is single and of legal age — for those who want to enter same-sex marriages, the official told AFP. Gay activists praised the move. “This is one step forward,” said Taiga Ishikawa, who leads a gay support group. “Gay Japanese have suffered a disadvantage… although they should be able to marry in some countries overseas.”

All over the world, step by step….