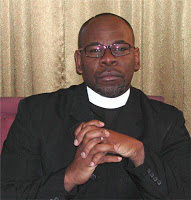 “No one knows when their time to die will come. If you are reading this and you have not given your life to Christ, don’t delay. Don’t turn a deaf ear and go on enjoying your sin. Don’t mock God or the people he sends to you to tell you time is winding up and your soul is at stake. The only payment you can receive from sin is death. And when death comes and you are not in relationship with Christ, hell and eternal torment await you. That’s not to scare you, its just the unfettered truth.

“Weber probably thought he was being smart to deride and mock the evangelists who tried to save him. He may have felt justified in his hatred of those sent to save him. Little has changed, people did it to Noah who preached for 100 years before the door closed and the rains began to fall. Weber may have thought being “comfortable with his sexuality” was right, but there is nothing worth losing your soul over. Nothing.” – “Ex-gay” Pastor D.L. Foster, writing about the murder of ABC newsman George Weber. Foster found a post on Weber’s personal blog in which he complained about being “molested” by “Jesus freaks” in NYC’s Port Authority bus terminal. Since Weber scorned those sent to “save” him, Foster feels his murder was inevitable.

Over the weekend most of the major Christianist and anti-gay blogs lit up with posts about Weber, most of which describe him a “pedophile pervert” whose murder exemplifies the wrongness of being gay. Because we’re all destined to by stabbed to death by a 16 year-old Satanist. Or should be.