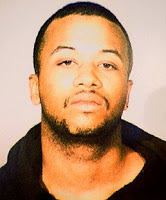 Homophobic Murderer: “So I Killed Someone. That Makes Me A Bad Guy?” Confessed killer Keith Phoenix is now claiming that his murder of Jose Sucuzhanay was done in self-defense in a street fight “gone bad” and that he doesn’t hate gays.

He has been called a monstrous murderer, filled with bias and hate, but in a jailhouse interview on Sunday, Keith Phoenix blamed his Latino victim – and insisted he has nothing against gays. “I’m not a killer. I never expected anyone to die,” said Phoenix, who claims Jose Sucuzhanay, the Ecuadoran immigrant he admits beating with a bat, had a gun. “I had to protect myself,” he said, sitting in a visiting room on Rikers Island, where he is being held on charges of second-degree murder as a hate crime. Dressed in a tattered gray prison jumpsuit, Phoenix told a story that varies wildly from the account given by cops, community leaders and the victim’s brother.

Phoenix claims that Sucuzhanay had a gun, something the police dispute. The NYPD reports that upon his arrest, Phoenix said, “So I killed someone. That makes me a bad guy?”