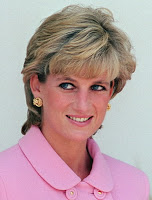 London’s National Portrait Gallery will open a show in July titled “Gay Icons”, but some of the folks you’d most expect to be on a list of that sort do not appear

The late Diana, Princess of Wales, and former South African President Nelson Mandela are two of the personalities identified as “Gay Icons” in an exhibition bearing that title that will open in July at London’s National Portrait Gallery. While the show’s title may summon up a stereotypical list of performers such as Barbra Streisand or Kylie Minogue, organizers said, neither is represented. Instead, the 10 gay men and women on the selection panel, including singer Elton John, actor Ian McKellen and ex-tennis champion Billie Jean King, have each picked six people who inspired them and helped shape who they are, irrespective of sexual orientation. “We’re very clear that this is an exhibition for everybody,” said the gallery’s director, Sandy Nairne, at a press breakfast. “We want to get out to people who didn’t think they’d want to see it.”

As the portraits in the show had to be photographs, Michelangelo and Alexander the Great were ruled out, said Sandi Toksvig, the comedian and broadcaster who headed the panel. So were William Shakespeare and Leonardo da Vinci, she said. John picked his lyricist Bernie Taupin, as well as the late cellist Mstislav Rostropovich, who battled for freedom and democracy inside and outside Russia. King put Mandela on her list to recognize his struggle for rights. McKellen chose Harvey Milk — the first openly gay man in California to be elected to political office — and Toksvig included singer k.d. lang. Princess Diana was one of the six names coming from Waheed Alli, a member of the House of Lords and executive chairman of Chorion Plc, a U.K. producer of Agatha Christie TV dramas.

Who would be on your list, were you asked to be a “selector” for this show?