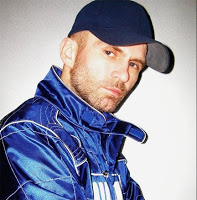 Winter Party 2009: Spend Your Money Where It Does Our Community Good

About twenty years ago, gay pride in major cities and the circuit party scene began to explode from single-day events to a stamina-testing series of parties stretched over long weekends, as glinty-eyed promoters swooped in to take advantage of a captive and restless audience.

While the unprecedented successes of these events offered attendees a long menu of party destinations on each day, attendance often suffered at the very namesake event for which these thousands of revelers had ostensibly traveled. How could you get up for the pride parade when you’d only left the club at 10am? Why would you actually go to the Magic Kingdom during Gay Days and stand in lines for rides when there were half a dozen mammoth pool parties at nearby host hotels? I think I first observed this phenomenon in the late 80’s when it became apparent how few attendees of the Hotlanta River Expo actually made it to the banks of the Chattahoochee.

This has always been an annoyance to me, not only for the illogic of flying thousands of miles to not attend the namesake event, but also (and much more importantly), because that title event is often a benefit for a vital LGBT charity which then suffers because outside promoters have descended with big name DJs and performers to siphon away the business. At this month’s Winter Party Festival in Miami Beach, the daytime title event on the beach is happily unchallenged, other than by the fatigue of attendees who were out late the night before. Yay!

But the WPF’s benefit closing party later that night, which is a huge source of revenue for the organizers, is facing a rival for-profit event with a curious history.

Via Steve Rothaus at the Miami Herald: Popular DJ Peter Rauhofer enraged local gay activists last fall when he produced a South Beach “Main Event” dance party in direct competition with White Party Week’s Noche Blanca AIDS fundraiser. Now, national gay activists are angry with Rauhofer: He is reprising his Main Event party at Mansion on March 1 opposite the National Gay and Lesbian Task Force’s Winter Party Orbit fundraiser at Cameo. “It hurts the community. That’s what it comes down to,” said Chad Richter of Miami Beach, festival chairman of this year’s Winter Party. “We have volunteers who are working hard all year long. To have someone who is also gay and is doing a competing event, it’s almost hard for a lot of people to believe.”

While this practicing of dropping monster unofficial parties into an existing event has gone on for at least two decades, this one really pisses me off even though it doesn’t compete with the title event. Peter Rauhofer, who is arguably the most popular DJ in the country, is going up against the fundraiser closing party with a for-profit event that may leech an enormous amount of money away the Winter Party’s beneficiary, the Dade Community Foundation’s GLBT Community Project Fund.

Last year the Winter Party Festival, which is run by the National Gay & Lesbian Task Force, contributed $180,000 to the fund, money that went to local LGBT youth services and to SAVE, Miami-Dade County’s gay rights group. Even the name of Rauhofer’s party, “The Main Event”, seem designed to confuse attendees into thinking they are contributing to the cause.

And just to add some alleged shadiness to the Rauhofer story, some are saying that while his event throttled attendance at the AIDS fundraiser for Care Resource last fall during the White Party, he did it with flyers claiming that his event was sanctioned by and would be making a donation to the Elton John AIDS Foundation. From a letter to the South Florida Blade:

There was a fundraiser for the Elton John AIDS Foundation during White Party Weekend, at the nightclub Mansion in South Beach. Peter Rauhofer and Tracy Moran were DJs. I heard it was not a fundraiser—they were just using the Elton John AIDS Foundation name to compete with The White Party, a fundraiser for Care Resource. My friends went to the party because they thought it was for charity. Do you have information on this situation?

Editor’s note: It is true Peter Rauhofer planned a party, called “The Main Event,” the same weekend as The White Party. On his MySpace blog, he voiced grievances with Care Resource, but said he was producing the event at Mansion “with no malicious intent.” He also said he would “donate proceeds” to the Elton John AIDS Foundation, in as his party was in competition with another AIDS fundraiser. However, EJAF representatives say they did not agree to participating in this event, and they did not have an agreement on donations from Peter Rauhofer. They would not choose to compete with a fundraising event for a local HIV/AIDS organization such as Care Resource, and they did not authorize the use of their name in advertisements for Rauhofer’s party. Blade staff attempted to contact Rauhofer for a statement, but he did not respond.

If the above is true, I’d say that’s fucking unforgivable. And I say that not only as a devoted attendee of the Winter Party Festival and as a friend of many of its tireless volunteers, but as a very longtime fan of Peter Rauhofer himself. I probably own more than a dozen of his CDs and have patronized many of his parties. So please, if you’re traveling to Miami Beach at the end of the month to soak up some well-deserved sun and enjoy the wide variety of events offered by the Winter Party Festival, DO PAY ATTENTION to who is behind that party you are interested in. The official, volunteer-run, 100% benefit event on Sunday night is at Orbit (also known as the Cameo Theater), where world famous DJs Tony Moran and Chus & Ceballos will rock the house from 8pm – 5am. Spend your hard-earned money where it does the community good. That, gentle readers, is the true “main event.”