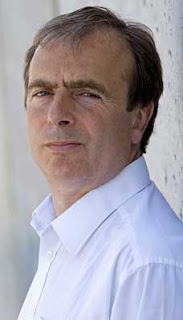 “We cringe to the new Thought Police, like the subjects of some insane, sex-obsessed Stalinist state, compelled to wave our little rainbow flags as the ‘Gay Pride’ parade passes by. And that’s another thing. We can’t even call homosexuals ‘homosexuals’ any more. This neutral word is not considered enthusiastic enough. We have to say ‘gay’. Which is exactly why I don’t, apart from in inverted commas.

“You think I exaggerate the power and fury of these forces? The totalitarian rage on this subject is quite astonishing. I have had several brushes with it, and been called rude names by its militants. Well, I can live with that. It’s my job. But what about a powerless pair of grandparents in Edinburgh, their grandchildren’s lives shipwrecked by the multiple horrors of our ‘liberated’ society?

“First, their daughter ends up as a drug abuser, like so many others in a country which permits the endless promotion of drug use by rock stars and refuses to punish the possession of narcotics, the only measure that would work. Then, when they seek to look after her children, they are first insultingly informed that they are too old, and that their minor illnesses disqualify them from the task. Heaven help any employer who dared ‘discriminate’ in this fashion. But the new Thought Police are oddly exempt from their own rules.

“Next, the grandparents are informed that the children are to be put into the care of a homosexual couple. And – this is the crucial moment – they are warned in the most terrifying terms that if they object to this arrangement they will never see their grandchildren again. Leave aside the rest of it. It is this demand, that they mouth approval of the new regime like the defendants at some show trial, which is the bit that ought to make your flesh creep.

“This is the action of a tyranny in operation, especially the use of children to blackmail their parents and grandparents. People who can do this can do anything. Isn’t it amazing to reflect that this campaign began in the name of tolerance?” – British right wing opinionista Peter Hitchens, writing in the Daily Mail about a controversial gay adoption case in Scotland. Hitchens is the younger brother of noted atheist and author Christopher Hitchens.