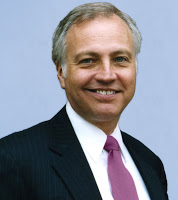 Former National Gay & Lesbian Task Force Executive Director Matt Foreman sends us the below Op/Ed piece on the Proposition 8 battle. Foreman is now program director at the Evelyn and Walter Haas, Jr. Fund. This essay is rather long and I have linked below to other LGBT blogs where it can be read in full, which I recommend.

California’s Proposition 8 – Ours to Lose?
Nope – It Was Always an Uphill climb. By Matt Foreman A lot of people have been saying that Prop 8 was our side’s to lose and that missteps by the No on 8 Campaign snatched defeat from the jaws of victory. Those analyses ignore hard core obstacles and fundamentals underlying the contest, including how hard it is to hold and move opinions on marriage in the narrow confines of a campaign. I need to start by saying that I had nothing to do with the No on 8 Campaign. Because the Evelyn & Walter Haas, Jr. Fund, where I work, has been so deeply involved in public education work in support of marriage equality, the law literally precluded any contact or coordination with the electoral campaign. So, as a purely armchair quarterback it’s pretty easy for me to catalogue things I – in my infinite wisdom – would have done differently. But I also know that even if everything- every single thing – had gone our way, it still would have been incredibly hard to win by anything more than a tiny margin. Here’s why. Putting Minority Rights Up to a Popular Vote: the Difficulty of Winning First off, it’s nearly impossible for minorities to win or defend their rights at the ballot box. Californians have demonstrated that time and again, voting to outlaw affirmative action, to deny grade school education and non-emergency medical care to undocumented children, and to specifically permit race discrimination in housing. This profound disadvantage was exacerbated by the fact that marriage is in a class by itself as an issue. Everyone has an intimate, personal relationship with marriage and has an opinion – usually visceral – about it. True, over time people are moving toward marriage – we’ve quite amazingly gained about one point per year since 2000. But within the narrow time constraints of a campaign – under 90 days – it is pure fancy to think there’s a “movable middle” on marriage. At best there was movable sliver. More on that in a bit….
JMG: Please continue reading Matt Foreman’s essay at Pam’s House Blend or Towleroad. Blogger doesn’t provide that fancy “after the jump” technology that allow lengthy posts to continue on a full page.

Previous Yo Yo Vanilli
Next “English First” Defeated In Nashville