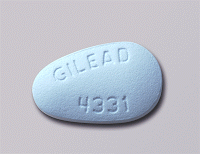 An international study on a temporary HIV prevention pill is underway. The concept is known as pre-exposure prophylaxis or PrEP.

In a massive medical trial on three continents, doctors are testing a controversial pill that could temporarily boost immunity against HIV before a person is even exposed to the virus. If the pill works safely, doctors must then address whether such a drug, if made widely available, could actually worsen the AIDS epidemic. The pre-exposure pill undergoing testing seems promising, since HIV drugs taken within days after exposure to the virus have been shown to reduce the risk of infection by 80 percent. But public health officials debate whether people at high risk for the virus, such as men who have sex with men, would be more likely to set aside the use of condoms to instead rely on a drug regimen that doesn’t provide full protection against the disease, which is spread by contact with the blood or semen of an infected person.

The drug being tested is tenofovir, which is sold in the U.S. as Viread. For years there have been anecdotal reports of gay men taking Viread as a preventive, despite its enormous cost.

Previous Towleroad Inaugural Coverage
Next The Maine Marriage Fight Is On