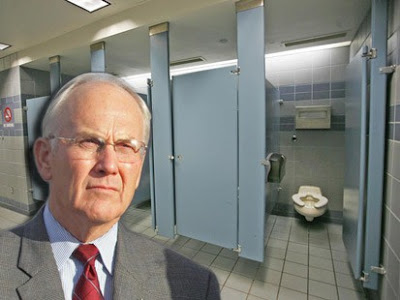 A lawyer for former Idaho Sen. Larry Craig says they won’t ask the Minnesota Supreme Court to void his conviction in an airport bathroom sex sting. Minneapolis attorney Tom Kelly said today they concluded that the state Supreme Court would not accept a petition for further review of the case, so it would be a futile exercise. He says that means the legal wrangling in the case is over. Today was the 30-day deadline for Craig to ask the high court to review a Minnesota Court of Appeals decision that went against him.

It was a bullshit charge that he should have never copped to in the first place.