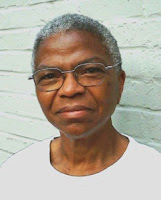 In a NYT op-ed column today, Mary Frances Berry, the chair of the Commission On Civil Rights from 1993-2004, calls for the “abolishing” of the commission she headed for 11 years and its replacement with one that will fully address LGBT rights.

To help resolve the issue of gay rights, President-elect Obama should abolish the now moribund Commission on Civil Rights and replace it with a new commission that would address the rights of many groups, including gays. The fault lines beneath the debate over gay rights are jagged and deep. Federal Social Security and tax benefits from marriage that straight people take for granted are denied to most gays in committed relationships. And because Congress has failed to enact a federal employment nondiscrimination act, bias against gays in the workplace remains a constant threat.

Gays are at risk under the military’s “don’t ask, don’t tell” policy. And people who are only assumed to be homosexual have been subject to hate crimes. José and Romel Sucuzhañay, two brothers, were attacked in New York City last month by men yelling anti-gay and anti-Latino epithets. José Sucuzhañay died from being beaten with a bottle and a baseball bat. Yet the effort in Congress to enact a law that would increase the punishment for hate crimes against gays and lesbians is going nowhere.

The Commission on Civil Rights has been crippled since the Reagan years by the appointments of commissioners who see themselves as agents of the presidential administration rather than as independent watchdogs. The creation of a new, independent human and civil rights commission could help us determine our next steps in the pursuit of freedom and justice in our society. A number of explosive issues like immigration reform await such a commission, but recommendations for resolving the controversies over the rights of gays, lesbians and transgendered people should be its first order of business.

Read the entire essay. The Commission On Civil Rights is responsible for “investigating, reporting on, and making recommendations concerning, the civil rights issues that face the nation.”