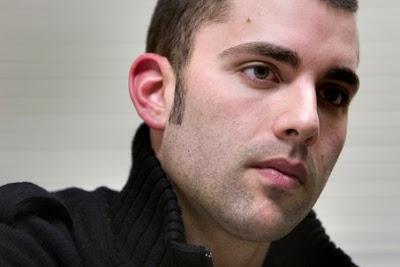 In an interview published in today’s Oregonian, Beau Breedlove tells his side of the Sam Adams story and says that their relationship “crossed the line” earlier than Adams has said.

The former legislative intern at the center of the controversy involving Portland Mayor Sam Adams says Adams kissed him twice when he was 17 and that their relationship had “crossed the line” toward romance earlier than Adams has acknowledged. Beau Breedlove, now 21, told The Oregonian on Saturday that Adams kissed him on the lips on two occasions before he turned 18 — once in Adams’ car and the other in the second-floor men’s room in City Hall after a party that Adams, then a city commissioner, had in his office.

Even though Breedlove says that the restroom kiss lasted for “about a minute”, Adams claims not to remember it and says even if it did happen, “kissing is not sexual”. Both Breedlove and Adams say the two did not have sex until two weeks after Breedlove’s 18th birthday. However, a minute-long kiss is sure to have been sexual-ish, which may not bode well for Adams under Oregon law.

The distinction is important legally. State law says third-degree sexual abuse, which is a misdemeanor, can occur when someone subjects another person to “sexual contact” when the person either does not consent to the advance or is younger than 18. The law defines sexual contact as “any touching of the sexual or other intimate parts of a person … for the purpose of arousing or gratifying the sexual desire of either party.”

It’s not clear why Breedlove felt the need to make these statements about the kissing. Also not clear is the reason that he has hired a lawyer. What is clear is that Breedlove has a sense of humor, as he brought his new dog to the interview. Her name? “Lolita.”

Previous On Prayers For Bobby
Next #1 This Week In 1971