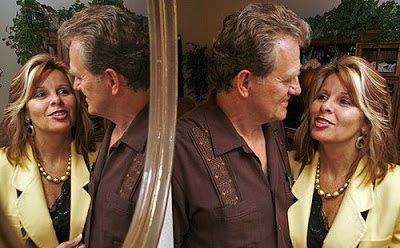 A Profile In Hate The LA Times has profiled a California couple that has “devoted” themselves to fighting marriage equality.

Abel Ferreira and his wife, Robbie, never considered themselves political activists. But when Proposition 8 landed on November’s ballot, the Spring Valley couple did everything they could to ensure that the constitutional amendment to ban gay marriage got passed. They made phone calls. They attended prayer rallies. They fasted for 40 days. For the Ferreiras, as for so many other people motivated to action by Proposition 8, the measure wasn’t just a matter of politics. It was about family, faith and the future of the country.

“I saw it as a crossroads in our country,” said Abel, 55. “I feel like for the sake of our country and our family I had to stand up and be heard.” The family was relieved when the measure passed on Nov. 4. But since then, gay activists have fiercely protested the outcome, and the California Supreme Court has said it will consider legal challenges to Proposition 8.

The Ferreiras know their struggle isn’t over. “It definitely let us know that we’re in a battle,” Abel said. “When you’re in the heat of the moment, there’s no standing on the fence. You’re committed. And we’re committed to this fight.” The Ferreiras like life in their gated community in the eastern suburbs of San Diego. Their house, nestled at the end of a cul-de-sac, is comfortable, with plenty of room for them and their three grown children, who still live at home.

But the Ferreiras are afraid of what is happening to the world beyond the gates. “I’m just seeing our morals and everything just deteriorating before us,” Robbie, 49, said one recent evening. “The first time they wanted to take prayer out of schools, we as believers should have stood up,” said Abel, who was recently laid off from his job as a salesman of manufactured homes. “Every time you give them a little bit, they want more.”

The Ferreiras’ fight for Proposition 8 began less than two miles away, at Skyline Church. The family is among several thousand people who worship at the bluff-top church. Pastor Jim Garlow, one of the state’s most vocal proponents of the measure, was crucial in collecting the more than 600,000 signatures required to get the proposition on the ballot.

The divorced and remarried Ferreiras drive a Mercedes and live in a gated community, which is kind of interesting as the husband (who is so terrified about the “deteriorating morals” of this country) is a convicted drug dealer who spent years in prison and is now an unemployed mobile home salesman. How does that work? In addition to praying and fasting, the wife gave up watching Days of Our Lives to show Jeebus how much she hates the gays. Or something.

Previous NYC: City Hall To Open For Inauguration
Next DList To End