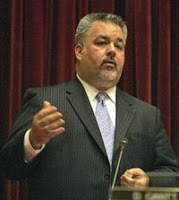 To say Mr. O’Donnell, known for his active support of gay rights issues, including same-sex marriage, was overly optimistic about his chances would be a stretch. He put his odds of getting the seat at about one in 10, or “about the same as the population of gay people in the world.” But Mr. O’Donnell did offer that he believes the governor has yet to settle on a final choice.

“I didn’t get the impression that a decision was coming anytime soon,” Mr. O’Donnell said. “I have the sense that he was really weighing what people were saying. I can tell when people are listening to me and actually listening, and listening to me just because they’re supposed to listen. He seemed to be very intent on focusing on and absorbing what I think my strengths might be.” With that assessment came a dose of realism from Mr. O’Donnell, who added: “I’m sure I’m not unique. I’m sure he does that with all the people he talks to.”

As Caroline Kennedy’s candidacy seems to wane, more press attention is being paid this week to other contenders for the seat, including my own Congresswoman, Carolyn Mahoney, who like O’Donnell is a strong supporter of marriage equality. Another interesting candidate is openly lesbian teachers union head Randi Weingarten.

RELATED: There has never been an openly gay U.S. Senator.

Previous Buzzed
Next Diaz Steps Up The Hate