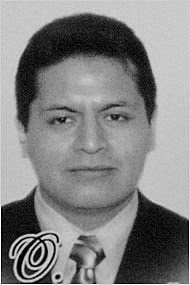 Killed Because They Thought He Was Gay One of the two brothers attacked in Brooklyn yesterday has died of his injuries. He was beaten to death with a baseball bat because the attackers thought he and his brother were lovers.

The two brothers from Ecuador had attended a church party and had stopped at a bar afterward. They may have been a bit tipsy as they walked home in the dead of night, arm-in-arm, leaning close to each other, a common tableau of men in Latino cultures, but one easily misinterpreted by the biased mind. Suddenly a car drew up. It was 3:30 a.m. Sunday, and the intersection of Bushwick Avenue and Kossuth Place in Bushwick, Brooklyn, a half-block from the brothers’ apartment, was nearly deserted — but not quite. Witnesses, the police said, heard some of what happened next.

Three men came out of the car shouting at the brothers, Jose and Romel Sucuzhanay — something ugly, anti-gay and anti-Latino. Vulgarisms against Hispanics and gay men were heard by witnesses, the police said. One man approached Jose Sucuzhanay, 31, the owner of a real estate agency who has been in New York a decade, and broke a beer bottle over the back of his head. He went down hard.

Romel Sucuzhanay, 38, who is visiting from Ecuador on a two-month visa, bounded over a parked car and ran as the man with the broken bottle came at him. A distance away, he looked back and saw a second assailant beating his prone brother with an aluminum baseball bat, striking him repeatedly on the head and body. The man with the broken bottle turned back and joined the beating and kicking. “They used a baseball bat,” said Diego Sucuzhanay, another brother. “I guess the goal was to kill him.”

After the attack, the murderers (described by police as a group of black men) fled the scene in a Honda SUV. Yesterday NYC Council Speaker Christine Quinn and a large group of Hispanic and gay rights activists gathered at City Hall to decry the attack.

“This won’t be tolerated,” Christine C. Quinn, the City Council speaker, said at a news conference on Monday on the steps of City Hall that drew dozens of public officials and leaders of civil rights groups. “We cannot and we will not let hate go unchecked in our city.”

A spokesman for Charles J. Hynes, the Brooklyn district attorney, said the prosecutor was “shocked and appalled by this senseless, bigoted, brutal act,” and vowed to bring the perpetrators to justice. Because of the antigay and anti-Latino epithets shouted by the assailants, the police said they were investigating the case as a hate crime.

I will follow this case closely and advise on developments. There will likely be a joint candlelight vigil put on by immigrant, Hispanic, and LGBT rights groups. I’ll advise on the time and location of that event as soon as it’s known.

UPDATE: JMG reader Jeffrey sends us the details on a candlelight vigil to take place this Sunday at the scene of the attack. There may be other remembrances, I’ll add those to this post when I hear about them.

CANDLELIGHT VIGIL FOR A BUSHWICK HATE CRIME – Sunday, December 14th. Meet in front of The Archive café at 49 Bogart Street (at Seigel and Bogart) at 7pm. We will walk to the scene of the crime at Bushwick Ave. and Kossuth Place and have a few moments of silence at 8pm. Please bring extra candles. And, spread the word!

Previous No Appeal For Larry Craig
Next Today: UN To Call For Global End To Criminalization Of Homosexuality
(But The United States Won’t Sign On)