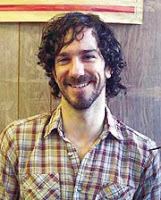 “Last month, sailing off the southern tip of Capri, a group of men including a prominent Manhattan gallerist and a former pro soccer player made for quite the postcard. In fact, the scene was more like a glossy advertisement for an expensive chronographic timepiece: As the 42-foot Norwegian yacht tacked into the wind, the rugged master-of-the-universe types scrambled to adjust the jib. To the casual observer, they appeared to be active men of means on some kind of luxury bonding excursion. And they were. But they also happened to be homosexual.

“Make way for the A-gays. Moneyed, successful, educated, and comfortable in their own skin, they’re fast becoming the new archetype of cosmopolitan masculinity. The urban man’s man. They don’t own yappy miniature dogs or time-shares in Fort Lauderdale; they own Labradors and four-bedroom summer homes in Sag Harbor. Instead of cruising in gay clubs, they jet to Gstaad or the TED conference, and party at Sundance with Zooey Deschanel. They don’t want to be part of any kind of closeted group or velvet mafia. Their Savile Row suits are impeccable (A-gays tend to go custom rather than buying off the rack), and they furnish their homes with collectible pieces by designers like Claude Lalanne. They drive to Krav Maga class in Lexus hybrids and read four newspapers a day, including the Wall Street Journal, because they’re bosses and entrepreneurs, not employees. Often athletic, they’re never steroid queens. And they can pull off having much-younger boyfriends without looking creepy. Artists and photographers approach them with new works. Charity committees beg them to cohost their benefits and sit on their boards—and they have portfolios of philanthropic interests that aren’t just gay- or AIDS-related. Some, like one couple in New York City, a lawyer and a chef, aren’t just avid operagoers, they’re benefactors. Others travel in Wasp circles.

“What they’re not are the guys running around in torn jeans and leopard-print tops telling women what not to wear. “They have actual power that even straights can’t deny,” says one veteran of the New York-Los Angeles power-gay media scene, “and usually an imposing sense of style and grooming.” A-gays supplant the prevailing media cliché: those irrepressible reality makeover icons, style experts, and fashion minions who have thrived throughout the naughts. They are the antitheses of the Carson Kressleys and Steven “Kojo” Cojocarus—they don’t want to talk about how to hide your chunky sister’s hips or brighten up a bedroom with colorful pillows. They will never say “Just wear it with a belt!” They own the company that manufactures the belts.” – Author and performance artist Mike Albo, writing in Details. Read the entire piece.

Previous Boy George: You Can’t Spank Anyone If They Don’t Want You To
Next Anti-Gay NY Times Ad To Protest Gay “Campaign Of Violence”