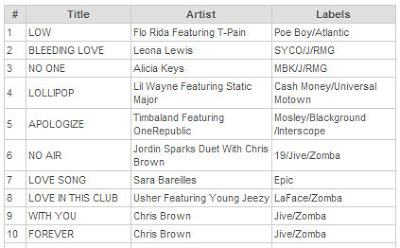 Billboard Magazine has compiled its year-end charts for 2008. With three singles in the year-end top ten, Chris Brown is the Top Artist for 2008. This year I’m at least vaguely familiar with everything in the pop singles top ten, but only know the Kristine W, Janet Jackson and (remixed by Rich Morel) Yoko Ono tracks on the dance top ten. Dance track of the year, Together? Can’t say I ever heard it until I looked it up for this post.