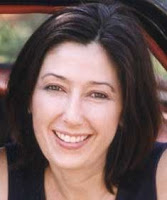 Christine Maggiore, the notorious AIDS denialist who barely escaped felony charges in 2006 after her baby died untreated for HIV, has herself succumbed to the disease she claimed did not exist.

Maggiore, 52, was founder of Alive & Well AIDS Alternatives, a nonprofit that challenges “common assumptions” about AIDS. Her group’s website and toll-free hotline cater to expectant HIV-positive mothers who shun AIDS medications, want to breast-feed their babies and seek to meet others of like mind. She also had written a book on the subject, titled “What if Everything You Thought You Knew About AIDS Was Wrong?”

In 2006, the Los Angeles County district attorney’s office decided not to file criminal charges against Maggiore, whose daughter died the year before in what the county coroner ruled was AIDS-related pneumonia. Los Angeles police had been investigating whether Maggiore and her husband, Robin Scovill, were negligent in not testing or treating Eliza Jane Scovill for the human immunodeficiency virus before her May 2005 death. Maggiore had said that she did not take antiviral medications during her pregnancy and that she did not have her daughter tested for the virus after birth.

Maggiore joins the sad list of dead denialists such as David Pasquarelli and Micheal Bellefountaine, both of whom campaigned vigorously and violently against the “AIDS myth.” In 1998, Maggiore published What If Everything You Thought You Knew About AIDS Is Wrong?, a book heralded as “brave” and “groundbreaking” by the insane denialists. Poz.com blogger Peter Staley reacts to Maggiore’s death:

The AIDS denialists do not merely endanger their own crackpot lives. Some of them actively campaign to reduce or end funding for AIDS research and treatment, sometimes testifying before legislatures that are already ill-informed about the disease.

There is no satisfaction in Christine Maggiore’s death, even though she not only caused the death of her daughter as well as her own, and may have influenced others to an early grave. All we can do is hope, perhaps futilely, that her story finally convinces other denialists to give up their dangerous crusade.