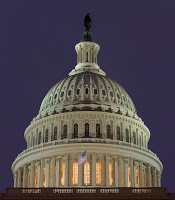 Where Will You Be Inauguration Day? District and federal officials are preparing for as many as 4 million people for the inauguration of President-elect Barack Obama, a crowd that would be three or four times larger than previous big events on the Mall. Only a fraction of those people will be close enough to get a good look at the action. But officials are planning extra JumboTrons at the Mall and along the inaugural parade route so that spectators can feel a part of the historic day.

“The Mall actually may be the best seat in the house. . . . It’ll kind of be like the world’s biggest stage and auditorium on January 20th,” said Mayor Adrian M. Fenty (D), adding that the crowd projections have emerged in briefings conducted by federal and local officials. All plans are pending approval of the Presidential Inaugural Committee, to be set up by Obama, which determines the size and nature of the inaugural festivities, Fenty said. But District officials have met several times with the Secret Service and other agencies.

The Secret Service is taking the lead in overseeing security and other logistics. Even for a city that has hosted vast throngs for marches, protests, celebrations, funerals and inaugurations, this will be an unprecedented test of planning and resources. The question arises: Can the city handle it? Can millions of people fit downtown?

I’ve somehow landed a hotel room near Dupont Circle with three friends, and I’ve entered Sen. Chuck Schumer’s inauguration ticket lottery, although he told the press yesterday that over 10,000 people have entered to win his 350 tickets. Therefore, I’m probably going to be watching it on the mall on a Jumbrotron with a couple million others.

Previous PhoboQuotable – James Hartline
Next The Book To Nowhere