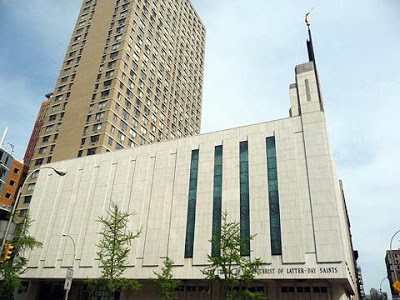 New York City will see its first Prop 8 protest on Wednesday at the Manhattan Mormon Temple on the Upper West Side. Via Facebook:

Tens of thousands of our brothers and sisters are in the streets in California and Salt Lake City and around the country protesting the votes banning same-sex marriage in California. Join them! Make your voices heard right here in New York City. We will tell the Mormon Church how we feel about its relentless campaign to condemn and control our lives. The Church of Jesus Christ of Latter Day Saints was, by far, the biggest financier of California’s heinous and hateful Proposition 8. The Mormon Church begged their members to donate money to Prop 8, pouring 20 million dollars into the campaign. And their attacks on us didn’t start there and aren’t about to end. They’re plotting right now to bring their money and influence to bear against the LGBT community everywhere in this country, including trying to prevent marriage equality in New York. Join us in speaking out against Mormon hate! Stop them taking away your rights!