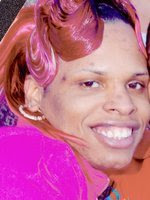 Moses Cannon, 22, was murdered in Syracuse, New York on Friday in what the victim’s family is calling an anti-gay hate crime.

Moses “Teish” Cannon was openly gay, and his family said today that is why he was shot and killed Friday night. His death should be treated as a hate crime, they said. Cannon, 22, of 404 Arthur St., was shot about 8:45 p.m. Friday as he sat in a car parked in front of 411 Seymour St., police said. His brother Mark Cannon, 18, and a third person were in the car when a man with a gun walked up, Syracuse police said.

The gunman fired into the vehicle and hit both Moses and Mark Cannon, who were in the front seats, the report said. Mark Cannon, who was in the driver’s seat, drove the car about 13 blocks from Seymour Street to Arthur Street, where police found them, the report said. The Cannons were taken by ambulance to University Hospital, where Moses Cannon was pronounced dead and Mark Cannon was treated for a non-life threatening injury.

Moses Cannon was killed, his mother said, because he was gay. “This death was senseless, and I’m very angry,” Roxanne Green said. Green said she received a phone call at 5:30 a.m. Saturday from a woman who claimed to know the circumstances of the killing. The caller told Green that her son was shot because the shooter objected to his sexual orientation.

Mark Cannon agrees that his brother was lured to Seymour Street. The brothers had received a call from a girl they knew. She wanted them to come to Seymour Street to talk, Mark Cannon said. He said they were still talking with the girl when the shooter walked up. Because it is an active homicide investigation, police won’t comment on a motive for the shooting, said Sgt. Tom Connellan, speaking for police. Green talked lovingly about Moses Cannon and said she accepted who he was. “That’s the life he chose. That’s who he wanted to be,” Green said about her son. Green said her son was very outgoing. “He got along with everybody,” she said.

Syracuse police are asking the public for help in the investigation.