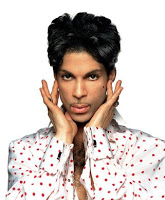 I never mentioned it here (because..hello…the source was Perez Hilton), but moments after it made the news, a flack for Prince was denying his anti-gay quotes in the New Yorker, saying that the Artist Formerly Known As Interesting had been “grossly misquoted and misinterpreted.”

Misinterpreted? “God came to earth and saw people sticking it wherever and doing it with whatever, and he just cleared it all out. He was, like, ‘Enough’.” Unless that line was delivered in a foreign language, there isn’t any room for misinterpretation.

Anyway, the notoriously rigorous-with-the-fact-checking New Yorker is standing by their story and manages a jab at Perez Hilton at the same time. Beginning with Prince’s reference to the Bible, they say:

At the other end of the literary spectrum is PerezHilton. The publication claims an outraged source within Prince’s camp accuses the New Yorker of misquoting Prince. The source also apparently claims that the New Yorker’s reporter, Claire Hoffman, did not record the interview, which could make it hard to unravel what really happened. However, the New Yorker stands by its story, as a spokeswoman confirmed to Wired.com on Tuesday morning. It sounds like this Prince insider may have been doing some damage control for his client, whose views may come as a surprise to some of his fans.