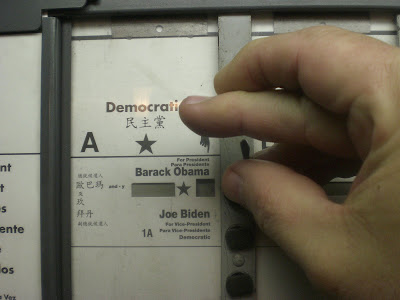 I was in line when the polling place across from my building opened at 6AM and it still took me just under two hours. Right now the line is stretching entirely around the block and is almost meeting itself at the front door of the polling station. But things are moving relatively briskly and everybody’s spirits seem high. One typically Upper East Side scenario – the young women in front of me, a live-in nanny from Peru, was actually holding a place in line for her employer, whom she called to come downstairs once we got close to the door.