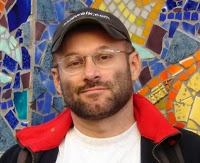 “The organization No On 8 failed us. Before the TV ad war started, we were up 14-17 points in the polls. Then No On 8 spent some $37 million of your money to spam the California airwaves with really lousy ads, while the other side spent a similar amount to spam the California airwaves with ads that were, whatever else they may have been, effective. While the bad TV ads were not the only component of our loss (last-minute preaching from the pulpits was a factor), had our ads been good ads, we would have held onto our lead. And producing those mindnumbingly expensive ads (which I and many others publicly criticized as they were airing) was one piece of the war that No On 8 had 100% control over.

“Although the HRC-like Equality California group is not solely to blame, it’s likely fair to say EQCA was the biggest component of the No On 8 coalition, along with such entities as the National Center for Lesbian Rights, the Los Angeles Gay and Lesbian Center, the San Diego Gay and Lesbian Center and others.

“But, as Wayne [Besen], Andrew [Sullivan] and Markos [Zuniga] (combined, they have a massive readership) essentially say: That was then, this is now. We have now indeed entered Activism 4.0 or whatever the hell you want to call it. Our “leaders” let us down and you — you, the average gay or lesbian citizen who just wants to have equal rights and maybe even get married — you have seized power by using Facebook and your blogs, e-mail and Twitter, MySpace and text-messages to launch a new gay movement — one that can get 25,000 gays and lesbians into the streets of sleepy San Diego on a Saturday morning, one that got 12,000 people into the streets of New York to protest something that happened in California.

“You don’t have to listen to the gay “leaders” who failed you anymore, you don’t have to give them any more money, you just have to figure out what you want to do next with the power that now is yours — to get what you want: Full equality. I am intensely eager to see your next steps. It is an exciting time indeed.” – Veteran gay reporter Rex Wockner from his blog essay The Day The Music Died For Gay Leadership.

Go here to read the entire essay including the above-linked quotes. Wockner emphasizes that his is not an “across-the-board assault on every non-grassroots gay entity” and points to the National Center for Lesbian Rights, the ACLU, and Lambda Legal as continuing to do the heaving lifting in this fight.