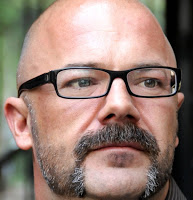 “You will notice that the website of the biggest gay rights group in the country has one single mention – it’s a blog about a celebrity, of course – of the massive protests that occurred for marriage equality across the country yesterday. (A letter from Joe Solmonese tells us to be nice.) You will also notice that a handful of young non-professionals were able to organize in a few days what HRC has been incapable of doing in months or years.

“You will know from brutal experience that in the two decades of serious struggle for marriage equality, the Human Rights Campaign has been mostly absent, and when present, often passive or reactive. Here’s a simple statistic that might help shake us out of complacency: HRC claims to have spent $3.4 million on No On 8. The Mormon church was able to spend over $20 million, by appealing to its members. Why are non-gay Mormons more capable of organizing and fund-raising on a gay rights measure than the biggest national gay rights group? I mean: they claim (absurdly, but bear with me) 725,000 supporters and members. In the summer, the major problem for No On 8 was insufficient early funding. If HRC had led, they could have thrown their money weight behind it. If every supporter had given $20 – chump change for the biggest ever battle yet for civil rights – they could have delivered $14 million overnight. So why didn’t they?

“They will argue that this was a state, not a federal, measure. Sure – but its implications were obviously national, as protests in almost every state revealed. They are supposed to have “expertise” – but the ads that ran in No on 8 were the usual fearful, focus-group driven, conviction-free pap. So in the biggest national struggle in the history of gay civil rights, this organization – which has vacuumed money from the gay community for years – were by-standers. Why is that not a scandal?” – Andrew Sullivan.