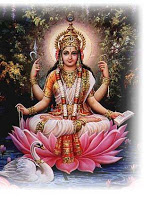 Hindus Urged To Vote No On 8 Navya Shastra, the international Hindu reform organization based in Troy, Mich., sent out a press release Friday urging California voters to reject Proposition 8, which would eliminate the right of same-sex couples to marry under California law.

The organization notes that Hinduism has never classified homosexuality as a sin. While some ancient law codes have been critical of homosexual acts, the denomination has never called for the persecution of gays. In fact, there is ample evidence that alternative lifestyles have been accepted throughout Hindu history. Several modern Hindu leaders have also spoken positively of gay rights; however, many American Hindus remain uncomfortable with homosexuality.

“According to the Hindu contemplative tradition, we are all manifestations of the one universal spirit, straight or gay, and worthy of the same respect and rights” said Jaishree Gopal, chairman of Navya Shastra, in the release. “We urge American Hindus in California to remember this central insight of their faith when they vote on November 4.”

The official website for the group includes an apology for “untouchability.”