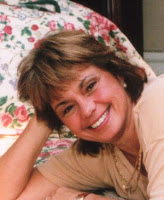 Carol Anne Burger, 57, an openly lesbian columnist for the Huffington Post, murdered her ex-partner by stabbing her 222 times with a screwdriver and then committed suicide by shooting herself in the head on Friday. The murder occurred two days earlier and it was initially presumed that had Burger killed herself out of sorrow, but yesterday Florida police concluded that she had committed the attack on her ex-partner.

Carol Anne Burger killed her former lover by stabbing her 222 times with a Phillips-head screwdriver and then took pains to hide her crime, police said Wednesday. Jessica Kalish, who shared a house with Burger despite breaking up with her more than a year ago, was found last Thursday stuffed in the backseat of her gun-metal BMW sedan, abandoned behind a medical office at 2300 S. Congress Avenue. Her blood was splashed around the rear end and undercarriage of the car, as if her killer had tried to load her into the trunk. The driver-side window was shattered.

Examining the body, detectives absorbed what had been done to her. Stab wounds were clustered around the back of her head and stitched across her back and arms and face. Most were between an inch and an inch-and-a-half deep. A blow to Kalish’s neck probably killed her, investigators determined. At a news conference Wednesday, police laid out what they’d learned during a week of investigation. They said the evidence pointed to one conclusion: Burger killed Kalish, a 56-year-old software executive whom friends described as worldly and intelligent, and then tried to throw investigators off her trail.

On Friday the Huffington Post published a tribute to Burger before it became known that she’d committed the murder.

Carol Anne, an award-winning photojournalist and former editor, was an OffTheBus Election Correspondent. She used her background in journalism to bring us ground reports from her home state of Florida – and was very excited to be writing about the presidential election and filed multiple stories a week. She covered a wide range of stories including early voting in Florida, a summit on green jobs with Barack Obama and swing-state governors and a Gay and Lesbian Alliance Against Defamation event. Her high energy and curiosity kept OffTheBus editors on our toes. Vermonter Christian Avard – who worked with Carol Anne on her final dispatch – wrote that she was “always fun to work with, cheerful, and always very supportive. We are all very lucky to have Carol Anne be a part of the Off the Bus family. Our thoughts and prayers go out to the families and friends of Carol Anne Burger and Jessica Kalish.”

The story is getting major play in the Christianist and right-wing blogosphere, including at World Net Daily and Free Republic, where forum members are making exulting comments like “Two less votes for Barack Obama!”