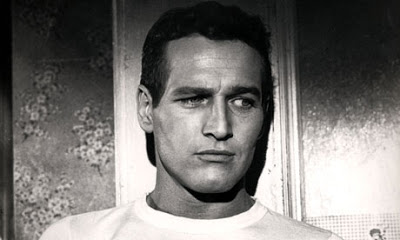 Paul Newman died of lung cancer yesterday at age 83, leaving behind one of the greatest acting legacies in history. For many, however, Newman will be more fondly remembered for a lifetime spent as a generous philanthropist. Newman’s line of natural food products has donated over $250 million to numerous charities since he first came up with the idea of selling his salad dressing while standing in Martha Stewart’s kitchen.

What’s your favorite Paul Newman film? Mine, in order: Cool Hand Luke, Cat On A Hot Tin Roof, Absence Of Malice. Here’s Paul Newman and James Dean’s screen test from the 50’s. The audio doesn’t start for a few seconds, but Dean says to Newman: “Kiss me.” Newman: “Can’t here.”

Previous What Did You Think?
Next Cheating With Mike Rowe