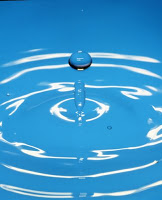 The One Drop Rule To white people who feel smart enough to assess the relative blackness quotient of black people, I say–Stop Now. No offense, but just on the strength of you having this dialogue, I’m certain you haven’t the fucking faintest idea what you’re talking about. To black people who feel that your years of living in your skin gives you the right to question another man’s blackness, I say–Stop Yesterday. All indication seem to demonstrate that nothing intelligent is coming from our end either.

Why not give the man his respect. He is what he says he is. A black man with a white mother. Let’s not act like he’s the first.