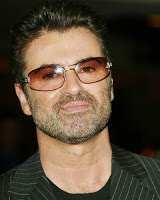 Openly gay pop superstar George Michael was arrested for possession of crack cocaine on Friday night near London’s infamous Hampstead Heath cruising ground. Police released him at the station with a “caution.”

Michael, 45, was cautioned by the Metropolitan Police for possession of Class A and Class C drugs after being arrested in public lavatories near the heath, in northwest London, on Friday afternoon. An attendant telephoned the police after becoming concerned at the singer’s behaviour.

In a statement last night Michael said: “I want to apologise to my fans for screwing up again, and to promise them I’ll sort myself out. And to say sorry to everybody else, just for boring them.”

Last year Michael pleaded guilty to being unfit to drive after being found slumped at the wheel of his car with traces of cannabis and GHB (liquid Ecstasy) in his body. In 1998 he was arrested in a Beverly Hills public lavatory for lewd behaviour.

Many are surprised that Michael was let off with a “caution”, considering his previous drug-related arrests. Possession of a Class A drug like crack cocaine can result in a 7-year prison sentence in the UK.

PREVIOUSLY: In 2006, when Michael was accosted by paparazzi as he walked out of Hampstead Heath after a night of cruising, he shouted, “Are you gay? Then fuck off! This is our culture!”