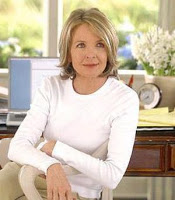 Diane Keaton On The Women Diane Keaton has reviewed The Women (which opens tomorrow) for Seattle’s Stranger. It’s a corker.

What’s up, bitches? Diane Keaton here. I just got back from seeing The Women and, um, I couldn’t help but notice something: I AM NOT IN THIS MOVIE. Where the fuck am I? I am the queen bee of this shit. The hive mother. Annette Bening wishes she could smile through her tears like Diane Keaton!

You know the Meg Ryan character? The one who spent her whole life trying to be everything to everybody but somehow somebody is always disappointed? That’s like if my entire oeuvre mated with itself and gave birth to a mega-me. I’m sure you remember when Meg Ryan says, “Wouldn’t it be great if when you were born, they gave you a rule book?” I am, like, ALWAYS saying that! I should have mailed that shit to myself.

Then there’s the Jada Pinkett Smith lesbian (“If we’re lost, we both ask for directions”). I could SO play that character. I invented lesbians. Look it up. And the little girl who makes a tiny bonfire of tampons because she’s just not ready to become a woman? Did you even THINK of casting Diane Keaton in that role? No? Big. Fucking. Mistake. I can play young.

By the way, three weeks ago Father Tony, Dr. Jeff and I saw a preview of The Women. Let’s just say the madcap, high society, Larchmont Lockjaw genius of the original does not suffer from comparison. At all. This remake is more a ten-Manolo pileup at the corner of Lifetime and Hallmark as the pale ghosts of Devil Wears Prada and Sex And The City hover nearby laughing and pointing. It was all females at our screening, save us, and I kept wanting to turn around and shout, “Stop laughing! Nothing is funny!” As always, Cloris Leachman saves the show. If it’s a free show. And you only watch her parts.

Previous Obama On Letterman
Next Betty DeGeneres Asks For Your Help