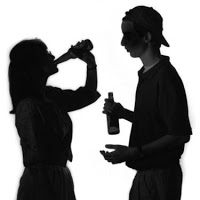 Saying that the current drinking age of 21 encourages binge drinking by underage students, a coalition of over 100 college presidents is calling for a lowering of the drinking age back to 18.

College presidents from more than 100 schools across the country are calling on lawmakers to do something about binge drinking: Consider lowering the drinking age from 21 to 18.

“Twenty-one is not working,” says the group’s statement, signed by presidents from prominent colleges such as Dartmouth, Duke and Syracuse. “A culture of dangerous, clandestine ‘binge drinking’ – often conducted off-campus – has developed.” Even before the presidents begin the public phase of their efforts, which might include newspaper ads in the coming weeks, they face sharp criticism.

Mothers Against Drunk Driving says lowering the drinking age would lead to more fatal car crashes. It accuses the presidents of misrepresenting research and looking for an easy way out of an inconvenient problem, and urges parents to think carefully about safety at colleges whose presidents have signed on. “It’s very clear the 21-year-old drinking age will not be enforced at those campuses,” said Laura Dean-Mooney, national president of MADD.

Duke officials would not directly respond to that criticism but released a statement from university president Richard Brodhead: “Possessing and consuming alcoholic beverages is against the law under the age of 21, and we are all obliged to uphold the law.”

The current law, he said, “pushes drinking into hiding, heightening its risks, including risks from drunken driving, and it prevents us from addressing drinking with students as an issue of responsible choice.”

It’s an interesting proposition. When I was 18, the drinking age was 18 and the gay bars were full of 16 year-olds, much as they are full of underage 20 year-olds today. Of course, in 1976 I too was going to gay bars while underage. Back then, drunk driving did not carry the enormous social stigma that it does today and penalties were relatively light.