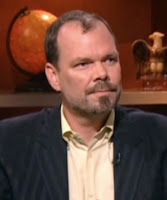 David France has a fascinating and lengthy piece in the upcoming issue of GQ titled We All Forgot The Condom that touches on condom fatigue, pre-exposure prophylaxis, and serosorting. An excerpt:

Gay men are no longer abiding by the one commandment that dominated gay life for decades: “Use a condom every time.” In survey after survey, gay men say they have stopped using condoms. “I think the last rubber gay guys used in this town was in 1985,” Michael Petrelis, an AIDS blogger in San Francisco, joked when I asked him about this trend. Most young men whom I spoke with said they have sex without condoms, though few would admit it on the record. A 20-year-old Korean student in New York told me he’s used condoms in the majority of the 150 or so sexual encounters he’s had, but he also makes exceptions “if I really like him or feel a kind of love or something.” He acknowledged this didn’t really make sense, but he isn’t HIV-positive yet, and he was sure he’d make exceptions in the future. A 26-year-old Bronx native, whom I spoke with one night as he lingered on Christopher Street in the West Village, spelled out an epidemiologist’s (and a girlfriend’s) nightmare. “If it’s my baby mama, I never use them,” he said. “But if it’s with a guy—sometimes in the heat of the moment you lose your focus.”

Gay men say they feel cheated out of the full pleasure and intimacy of sex, and many have come to perceive condoms as emblems of a still hostile world, imposed on them by a culture that continues to stigmatize gay sex. “To use a condom every time you have sex, for the rest of your life?” says Daniel Siconolfi, of New York University’s HIV-prevention think tank, the Center for Health, Identity, Behavior, and Prevention Studies. “That’s a very, very big burden. That’s a lot to ask of somebody. And it’s not being asked of anybody other than gay men.”

I’ll probably come back to this story later after I’ve had time to digest some of its points. I recommend you read the entire thing, not just this excerpt.