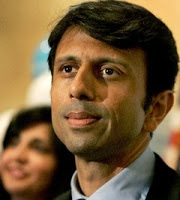 Louisiana Gov. Bobby Jindal is allowing to a 2004 law that protects LGBT people from job discrimination to lapse, claiming (lying) that state and federal laws already protect people from being fired for being gay.

Calling the executive order unnecessary, Gov. Bobby Jindal said Wednesday he would not reissue a ban on discriminating against gays and lesbians in the workplace.

“We are not going to renew it and that shouldn’t come as a surprise to anybody,” Jindal said about the executive order signed by then-Gov. Kathleen Blanco in December 2004. The order, which some church groups and Jindal have criticized over the years, is set to expire Friday.

“The reason for allowing the order to lapse is that I don’t think it is necessary to create additional special categories or special rights,” Jindal said. State and federal law already prohibits discrimination, he said. “We are firmly and strongly committed to fair treatment of all of our people and certainly don’t condone discrimination in any form,” Jindal said in an interview Wednesday. Blanco’s order also caused concern about the ability of religious groups to work with state government, he said.

Jindal’s decision means “it is perfectly legal to fire anyone based on their sexual orientation even if they are a perfect employee,” said Randy Evans, a New Orleans lawyer who is co-political director of Forum for Equality, a New Orleans-based political action committee for the lesbian and gay community in Louisiana.

After tomorrow, it will again be legal in Louisiana to fire somebody because they are gay. Another example of our desperate need for ENDA.